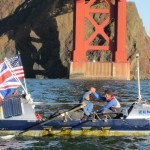 END_OF_DOCUMENT_TOKEN_TO_BE_REPLACED

From one ocean rower to another 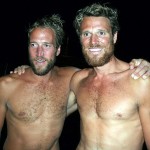 Ben Fogle and James Cracknell are no strangers to rowing an ocean, being veterans of the 2005 Atlantic race.

Both men know from their own experience exactly what is in store for Andrew and Roz when they set off in May. Ben and James have offered the OAR Project team their well wishes and support, and will be following Andrew and Roz as they progress across the North Atlantic.

END_OF_DOCUMENT_TOKEN_TO_BE_REPLACED

Rowing an Ocean is much more than a physical challenge. In the first of our series of video diaries for 2012, Andrew Morris explains how he has begun preparing in the countdown to the OAR.

END_OF_DOCUMENT_TOKEN_TO_BE_REPLACED

At the Outdoor Show with the OAR team

An unexpected break from fighting the pirates this week saw me back in the UK and able to attend the Boat Show at the ExCel. Bit of an old stomping ground for me in my former life as a professional yacht Captain and I bumped into loads of old friends, particularly on the Sunseeker stand, who had my old yacht up for sale and on display.

END_OF_DOCUMENT_TOKEN_TO_BE_REPLACED

So how did our intrepid rowers first meet…? 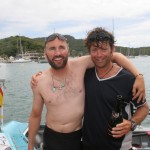 Mick has a vast experience of ocean rowing and as a professional Skipper, he’s spent a lot of time at sea. He first rowed the Atlantic in 2001 with his brother Steve and then had a surprise opportunity when his path crossed Andrew’s in 2005.

Andrew’s first experience of ocean rowing (as well organizing the shipping of many boats) was in 2005 when he set out to row across the Atlantic from the Canaries to Antigua, to support the Whale and Dolphin Society. His boat was called One Life.